The Wellington Red Hackle is Wellington city’s premier pipe band.  It operates two competing bands, one in Grade 2 and the other in Grade 4A.

The Band performs throughout the city at various events and parades, puts on an annual concert, and competes nationally in the regular pipe band contest season.

The Band’s most recent success was achieving two first places and a second place at the World Online Piping and Drumming Championships in 2022.  It also has many accomplished solo pipers and drummers within its ranks.

The Band is also known for its organisation of Pipes in the Park, Wellington’s only permanent pipe band competition, which runs at Waitangi Park on Wellington’s waterfront in February each year.

The Band has an active learner programme, for anyone interested in learning the pipes or the drums – go to wellingtonredhackle.co.nz.

The Band was formed in 1958 by the Tawa Caledonian Society and is based at Taylor Park in Tawa, north of Wellington.

The Grade 2 Band is under the musical direction of Pipe Major Davey Welsh and leading drummer Catrina Berry.

The Grade 4A Band is under the musical direction of leading piper Ian MacKenzie and leading drummer Stuart Campbell. 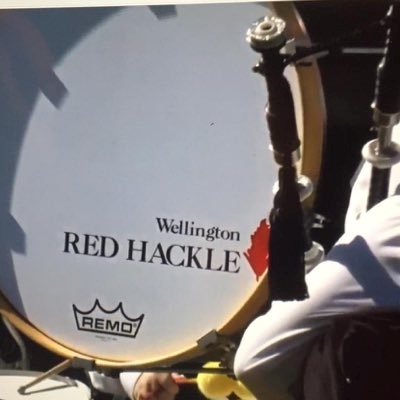