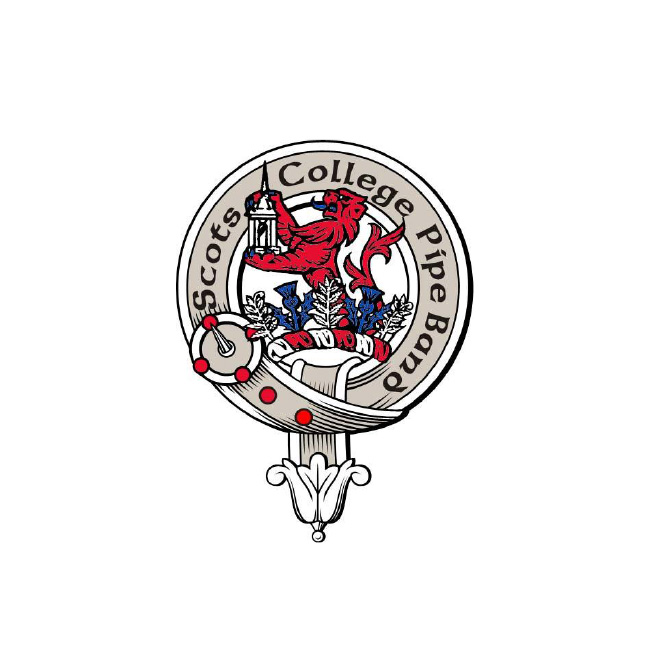 Scots College Pipe Band was founded in 1925 under the direction of the school headmaster Mr. J. H. Murdoch.

The right to wear the Ferguson Tartan was bestowed upon the College by Governor General Sir Charles Ferguson as it was he who sent his personal piper to tutor the boys at Scots.

The band plays regularly at College and Community functions, State and Civic parades. Members also compete as a band and as individuals, at the local and National level.

The band has toured Scotland twice in 2007 and 2016. Unfortunately the planned 2020 tour had to be cancelled.

Pipe Major of the band is Luca Viscapi, Drum Sergeant is Tom Bloomfield, and tutors are Marion Horsburgh, Catrina Berry and Jack Spencer.