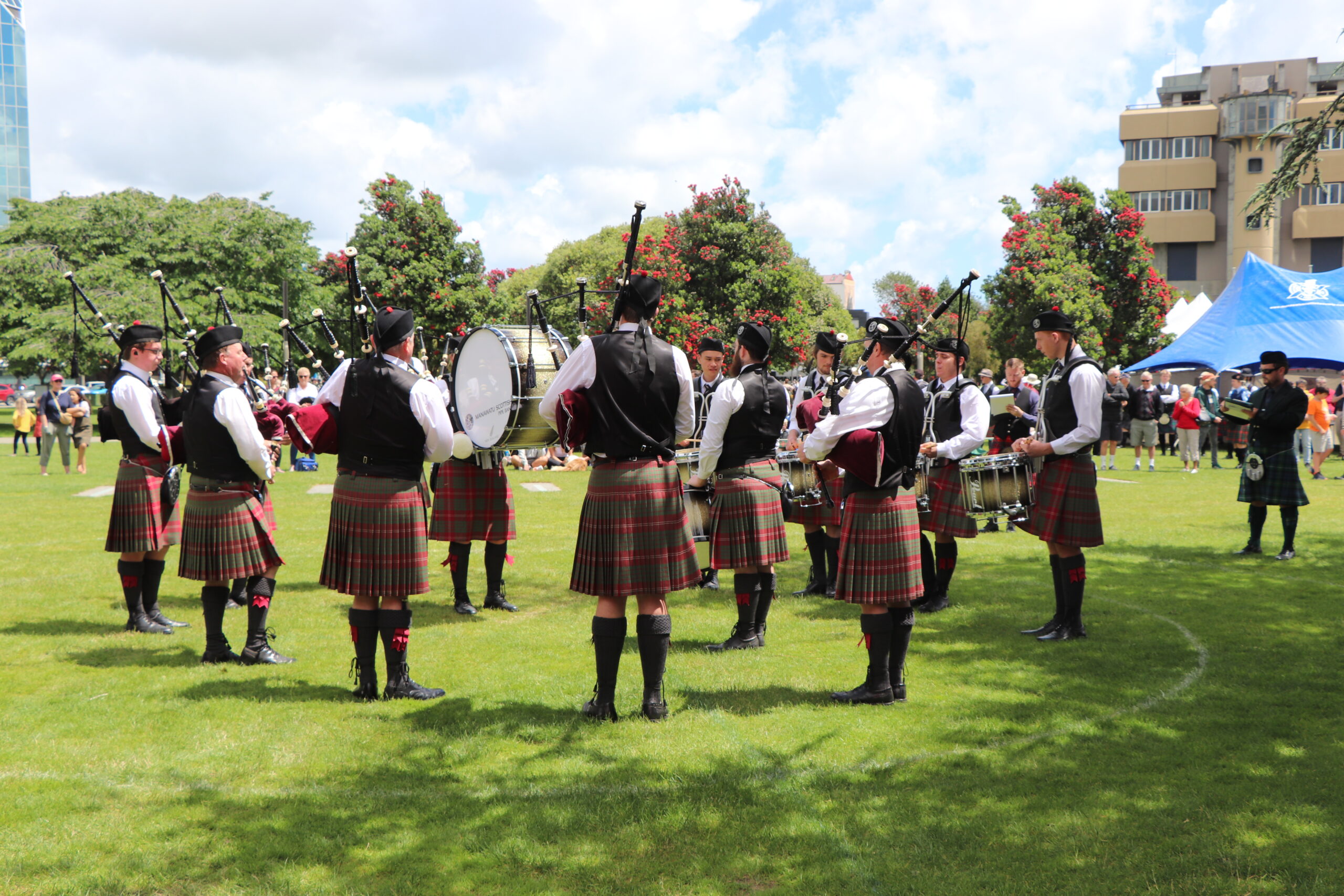 The Manawatu Scottish Pipe Band organisation can trace its origins back to 1923 when it was known as the Manawatu Highland Pipe Band.

The Grade 3 band started as a learner band in the early 1980’s and competed in grade 4 for the first time at the Jenny Mair Highland Square Day, Palmerston North in 1982. The band’s first music directors at that time were Pipe Major Dennis Pierce and the late Drum Sergeant Jock McKenzie along with other members of the Manawatu Scottish Society.