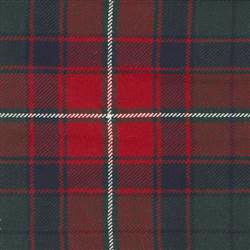 City of Tauranga is a band with a strong family focus, but this year has welcomed a number of new members, notably expanding the drum corps.

A testament to the camaraderie of the corps is that young players continue to play with the band even when they move away for their university years or for work. A pretty loyal bunch.

With a bit of licence, the band has some unusual professions among its members: a piper who is a drummer in a heavy metal band, crossword puzzle compilers, a gravedigger, a couple of speech pathologists and some eco warriors and farmers.

The band tartan is Roxburgh Red, a modern tartan from the ancient burgh of Roxburgh in the Scottish borders. It is thought that this tartan was designed around 1840, however the designer is unknown. It only recently began being woven commercially.

The band marked its centenary in 2014. Like many, it was formed mainly by Scots and was originally known as the Tauranga Scottish Society Pipe Band – in those days wearing the Gordon tartan.

In 1948, under PM Laurie Johnson the band was New Zealand champion in the street march and by the 1970s was one of the country’s top Grade 2 bands. In 1982, they won Grade 2 and was promoted to Grade 1. However, fortunes fluctuated in the following years and by the late 1990s the band was in Grade 4.

The Roxburgh Red Tartan was adopted for the new millennium and, after consistent competition seasons, the band moved up to Grade 3 in 2017.