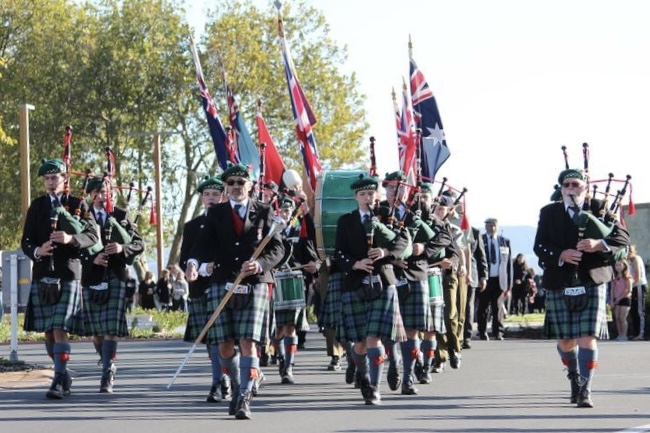 The City of Rotorua Pipe Band was formed in 1935 by a group of Caledonian Society members which included future Pipe Major Joe Campbell and his brother Bob. During World War II the band went into recess but reformed after the war and has served the Rotorua community since then.

The band wears the Campbell of Cawdor tartan in honour of the Campbell brothers. The band has always concentrated a lot of effort in tutoring local youngsters, (as can be seen here in Hawkes Bay) and graduands of the Rotorua tuition system have been and can still be found in many bands around New Zealand.

We have always been a family-oriented band – going back decades there have been multiple members of various families, playing in or supporting the band at any one time. Presently, we have several families with more than one member participating.

Our headgear is a little different to most NZ bands – we wear Balmoral hats – traditional Scottish hats which are named after Balmoral Castle in Scotland, the summer residence of the Queen. Rotorua has hosted the New Zealand Pipe Band Championships five times, in 1963, 1974, 1988, 1998 and 2018.

The band practices at its band room on Amohau Street beside Pak n Save on Monday nights from 6.30 p.m. All interested people are welcome to join us.